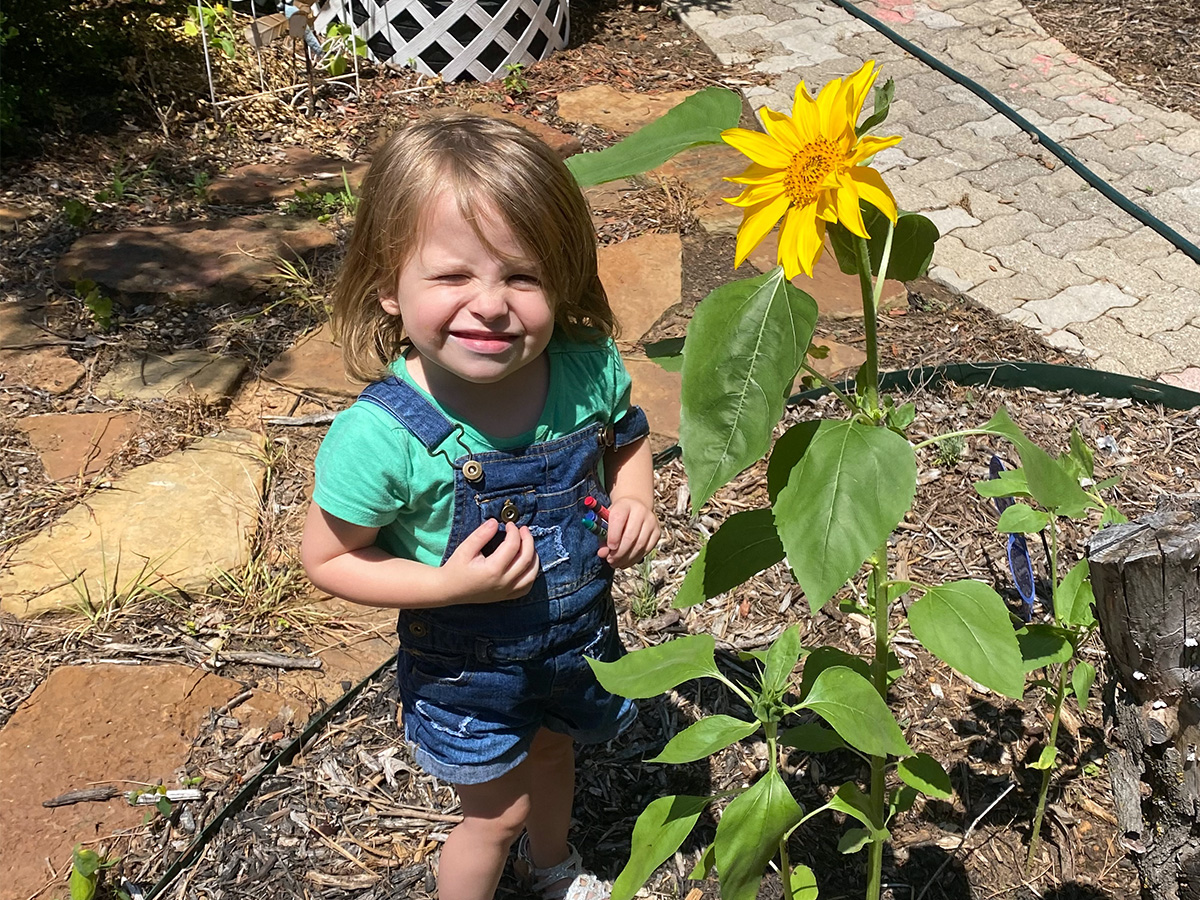 Taylynn is a four-year old super smart and expressive child. Last year when she was three, we did an experiment to expose her to concepts in mathematics, ethics, and more.

Chinese students in the third grade are already studying variables in calculus. American students are falling behind. We created Meritocracy Avenue, a free public education program, as our response to many unfortunate situations in America with hopes of a reversal.

It is our hope that Taylynn can lead the way to a brighter future by sharing her experiences with others and letting them into Taylynn’s World.

Her first experience was with planting a sunflower that grew to be twelve feet high. We harvested the seeds. All of this was amazing to her. Because she could only count to ten, I had her make piles of ten seeds so we could count them faster. This became the premise for the Abacus.

We are in the process of designing and producing Abacus bracelets now (instead of phones). When she saw the many seeds from just one seed she exclaimed “God is a genius Granny look all this from this one little seed” then she pondered, “Tell, me again why people go hungry?” This is the premise for our moral ethics lessons.

I purchased some cotton seeds online not realizing they were illegal to grow in Texas. We planted them in a small area. When they first appeared, Taylynn thought the clouds fell to the ground. She picked them up and was so excited with how soft they were. Then she felt the hard seeds. First, we pulled the seeds out, but it was hard work separating the seeds from the cotton. So, we started using a wide tooth comb to pull the seeds out and it was easier. This became the premise of the cotton gin.

We found out later after the fact that it was illegal to grow cotton for recreation because of the Bo Weevils. This became the premise for respecting the law, and why crops and forest areas have to be managed.

Taylynn grew the cucumbers with her sunflowers because we read the sunflowers will make the cucumbers sweeter. These are Lemon Cucumbers that are round and yellow but taste just like the green cucumbers are used to seeing.

We scooped the seeds out – dried them and stored them for the next season – made cucumber and mint water out of the mushy center, btw the water is so refreshing – then peeled the cucumber to create a cucumber bowl. We stuffed it with Tobouli salad which are delightful to serve. We focus on presentation as well.